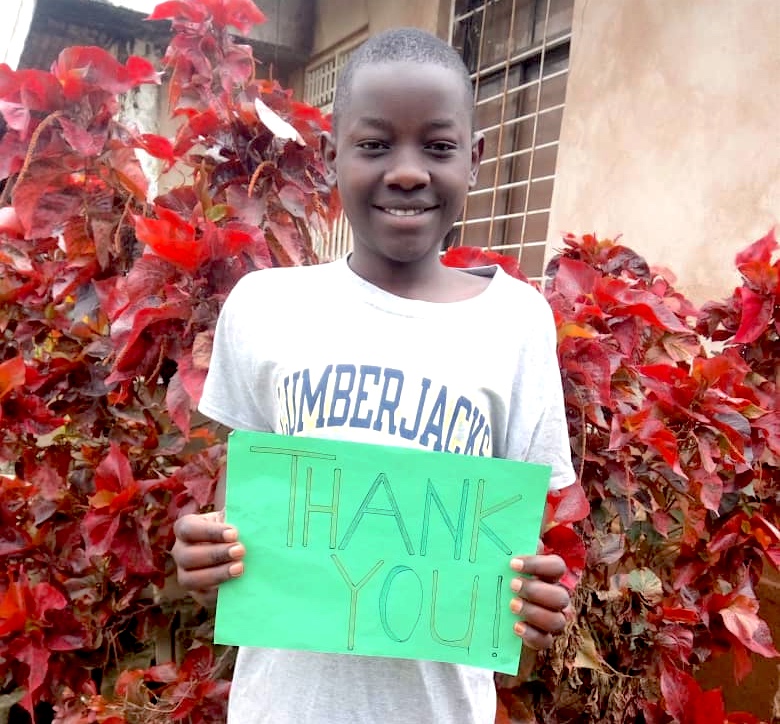 This year marks the 12th time that the Lahash community has set aside March as Rice & Beans Month. By God’s grace, some of the children who were among the first to benefit from our collective efforts are nearly young adults! This month, we are taking some time to reflect on the obstacles these kids have overcome, and to look forward with excitement at their bright future ahead. Let’s meet a young man named Rahim…

Rahim was accepted into the Lahash Sponsorship Program as a little boy in 2011. His mother had died and his grandmother was raising him. He needed extra care and support because of his health status. He was HIV-positive, along with his sister and their father. Their father was not able to provide for the children, so his grandmother was doing the best she could.

The program staff at Grace & Healing Ministry in Tanzania were seeing a lot of small children in similar situations who were vulnerable in nearly every way imaginable. Often hungry, in fragile health, missing one or both parents, not enrolled in school, and living with caregivers who lacked the resources or ability to provide for their needs. Grace & Healing Ministry staff knew that nutrition support was vital, or they would lose these children to hunger and disease. The funds they received from Rice & Beans Month helped them make a life-saving difference for Rahim and many other kids through a nutrition program that dramatically increased the amount and quality of food they received. One of the more recent boosts to Rahim’s diet has come in the form of eggs supplied by a poultry project that was also launched through Rice & Beans Month donations!

Once he was in the Nutrition Program, Rahim was able to gain strength, grow, and take his medications more comfortably. Ten years later, the Nutrition Program is still going strong, and so is Rahim! Thanks to the support of his caring sponsor, he has been steadily progressing through school. He completed his primary school education last year, passed his exams, and entered Form 1 (the first year of secondary school)! He is a bright student, he is very close to his grandmother, and now he has a huge extended family through Grace & Healing Ministry and Lahash. He has every reason to keep reaching toward his dreams, and a wide community of support to cheer him on along the way!

Click here to donate and help provide increased nutrition for Rahim and other kids across East Africa.
Thank you!